Nicole Nyvall - Commodore
Nicole has a background in customer service and travel planning with an Associate Arts degree from Camosun College.  Active in the lives of her four children she is an executive member of the Parent Advisory Committees and School Planning Councils for their schools.  Her areas of interest include organizing a natural play structure and facilitating the school meals program.  A big supporter of physical activity she encourages her children to pursue various sports.   She now has three children in her family specializing in Sprint Kayaking through Chinook. 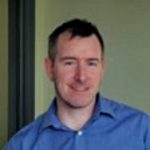 Aidan Kelly - Secretary
Aidan is a Quantity Surveyor with degrees in Commercial Management and Quantity Surveying from the University of Manchester and prior to moving to Victoria in the spring of 2009 worked for various Construction companies and Developers in the UK. He continues to work in the construction industry and is based in Victoria. He was club secretary and treasurer for his University Rugby League Team for two years and the same for his local Soccer team for three years after graduation. Now that his son is a paddler with Chinook we are grateful that Aidan has taken on the role of Secretary. 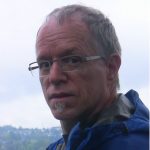 Clifton Cann - Registrar/Treasurer
Clif worked 8 years as a Flight Service Specialist in the northern interior of Canada. A career change to Canadian Coast Guard Officer brought him to the Pacific Northwest coast in 1988.  Originally from the prairies, he enjoys the temperate climate of the coast and the vibrant marine community associated with it.  Clif has volunteered as registrar and treasurer since the club was founded in 2012. 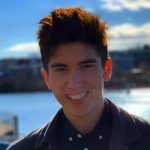 Nic Dann - Director at Large
Nic is one of our original founding members. He began paddling Sprint Canoe Kayak with Chinook before his teens and remains a multi-discipline paddler. He currently works as a Dragon Boat coach and as staff for the Fairway Gorge Paddling Club, our dock facility. As part of his philosophy of “giving back” we’re pleased that Nic has joined our Board as a Director at Large.

A robust and healthy Sprint Canoe Kayak racing club that provides opportunities for mentorship, leadership, success and performance excellence for members of our community.

Chinook provides opportunities for youth to discover and to realize the spirit, sportsmanship and pursuit of excellence in the Olympic discipline of Sprint Canoe Kayak.

Our gratitude to Telus Victoria Community Board for their generous donation